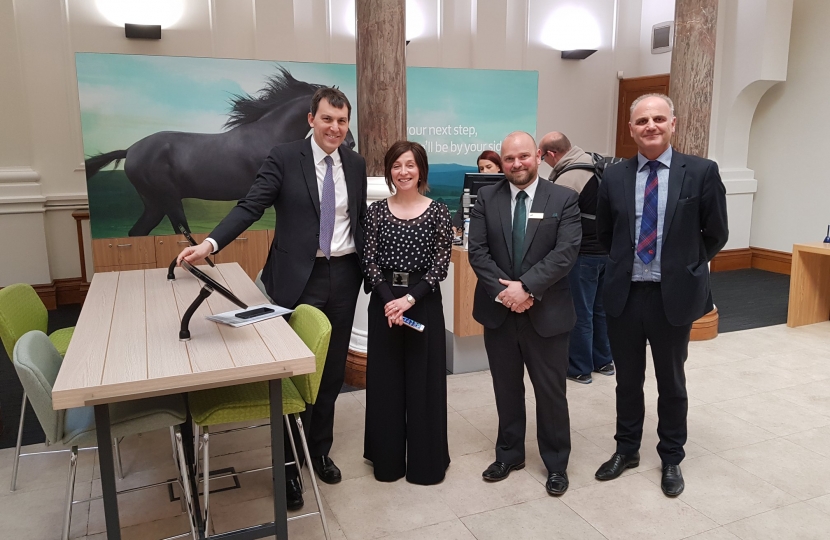 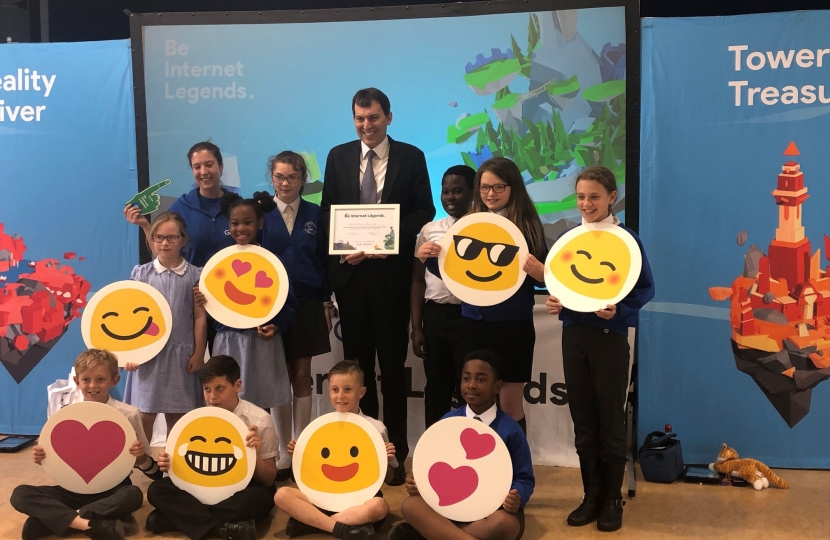 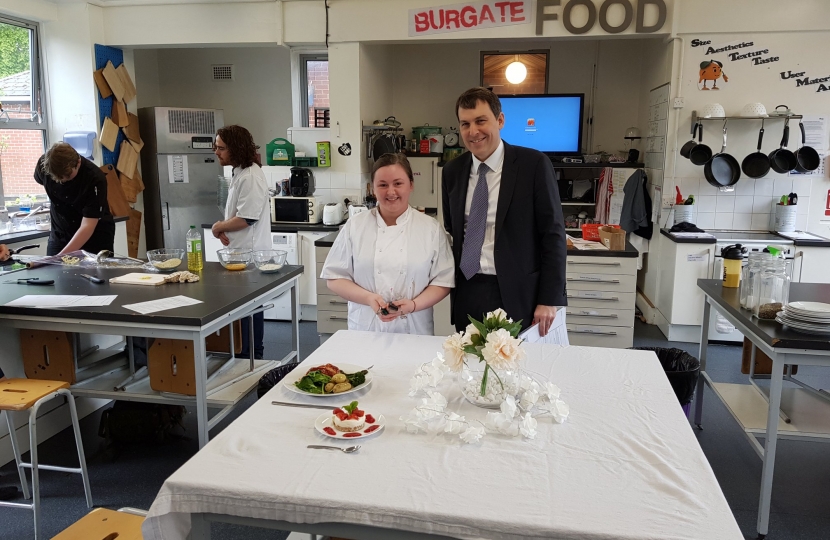 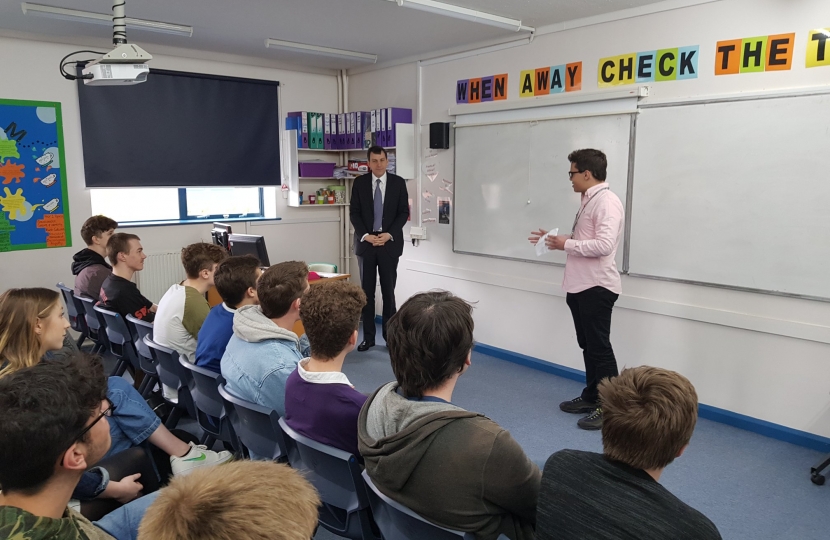 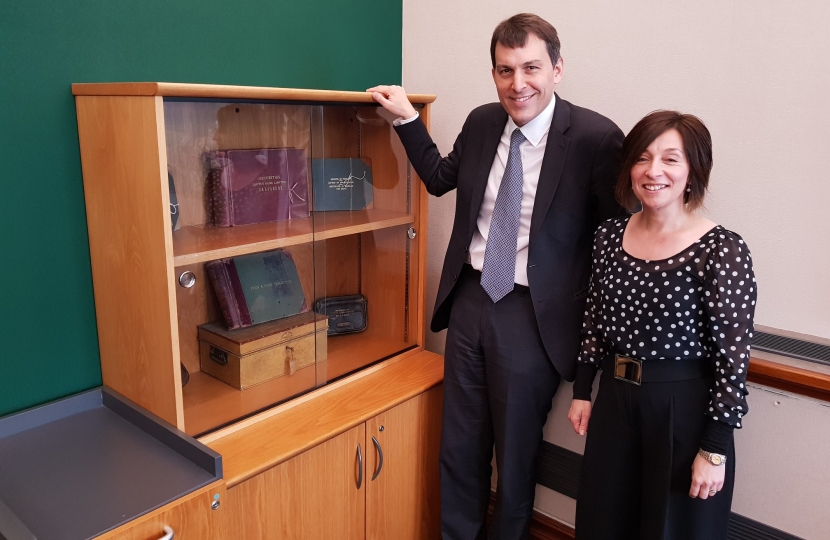 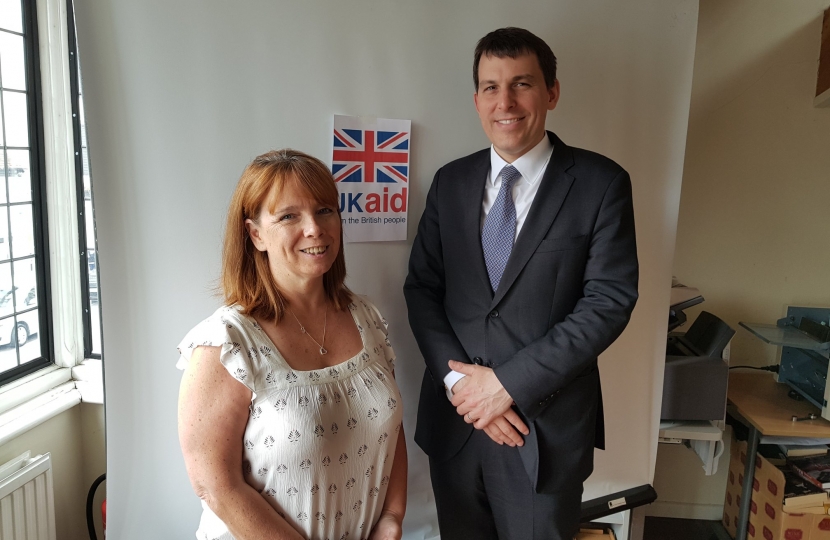 It's been another jam-packed Friday in and around Salisbury - visiting schools and meeting with businesses and charities.

This morning started at Burgate School, just north of Fordingbridge, where I met the trustees, had a tour of the school, and took part in an interesting Q&A session with some sixth formers, who grilled me on a whole range of issues! Burgate is technically in the constituency of my colleague, Sir Desmond Swayne MP, but a large percentage of the pupils commute from the Salisbury area.

It was then on to the Lloyds Bank branch in Salisbury to meet for a discussion about latest measures introduced to combat fraud as well as some of their community initiatives, before heading back to Morrison Hall for my weekly surgery for constituents.

After lunch, I headed off to Amesbury to visit Christ the King primary school. They were hosting the 'Be Internet Legends' assembly, launched by Google and Parent Zone. It's a fantastic way for primary children to be educated about the importance of internet safety.

I ended the afternoon back in Salisbury, meeting with Teresa Wells from Edukaid. Based in Downton, EdUKaid is a charity focussed on improving education in some of the poorest areas of rural Tanzania. They have recently been awarded a Small Charities Challenge Fund (SCCF) grant from the Department for International Development. The grant will enable them to deliver an Inclusive Education project aimed at breaking down the barriers that prevent nearly 95% of disabled children in Tanzania from accessing education.

This evening also has a charity focus, as I will be attending an event at the Guildhall in Salisbury for John Proctor's retirement celebration. John founded Alabaré in 1991, and as chairman, John has been an outstanding champion for the vulnerable and marginalised. I look forward to reflecting on his achievements and wishing him well for his retirement!

Please see below for all the most recent national announcements regarding Covid-19. To stay up to date with the latest government advice, please visit: https://www.gov.uk/coronavirus.