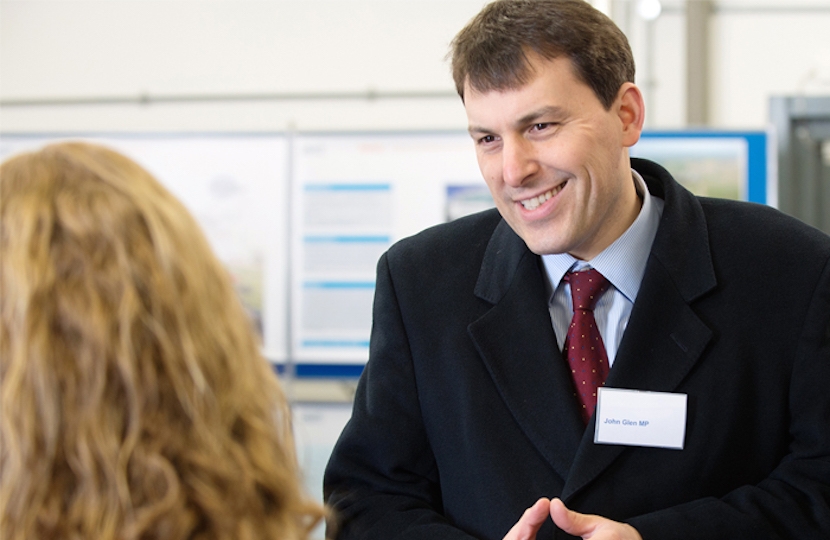 IT was a great pleasure on Monday to welcome Defence Minister Philip Dunne to mark a significant milestone for Dstl – an investment in the site that will bring more high quality jobs to Porton.

It remains part of my long-term strategy to secure continuing investment in the life sciences sector and I look forward to the building of the new science park, commencing imminently.

My inbox remains full of discussion of the future of Salisbury FC and I remain very mindful of the ongoing campaign to ensure that the club has a home from which to play. I have spoken to a number of people, including the Leader of Wiltshire Council, Jane Scott, with a view to bringing the right people together to explore options.

I also welcomed the opportunity to make a contribution to Monday’s debate on defence spending. I view the NATO target to spend two per cent of our GDP on defence as both a matter of logic and international leadership.

Equally, in a world of increasingly uncertain threats, I believe it is also a matter of common sense. The first duty of Government remains to maintain national security, and I personally would view it as a dereliction of responsibility not to ensure the Armed Forces are properly resourced.

I have always welcomed our commitment to spend 0.7 per cent of our GDP on international aid – but to suggest that we should not apply to the same principle to defence, when our armed forces do so much to contribute to security and prosperity around the world, seems illogical.

On Friday, I am delighted to have the opportunity to speak at an economics conference for secondary pupils, being hosted by the rejuvenated economics department at Bishop Wordsworth’s.

A testament to the power of direct lobbying, I am thrilled to have secured the Institute of Economic Affairs to run an event that will allow pupils to discuss the economy and challenge them to think beyond the parameters of the prescribed curriculum.

The day will conclude with the official opening of the Magna Carta exhibition at the cathedral, a precursor of so many exciting commemorative events in the coming months.