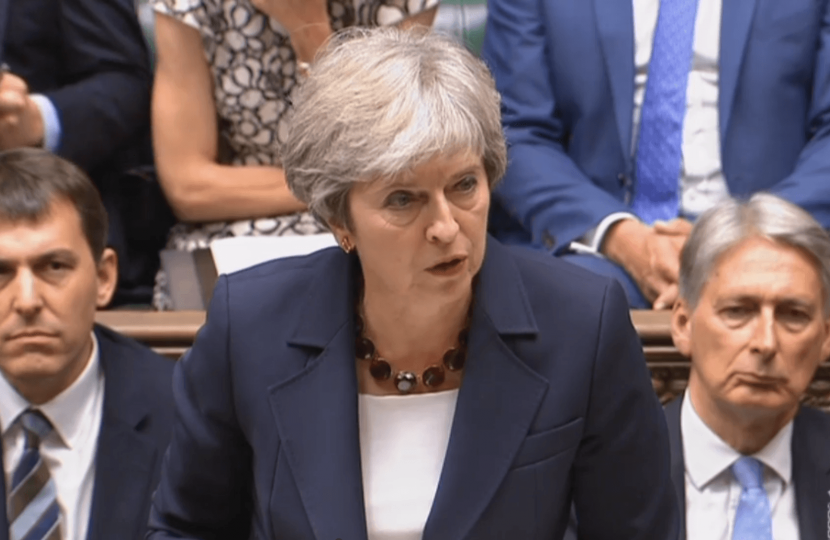 Over the past six months, the National Counter Terrorism Policing Network has undertaken a meticulous and painstaking investigation into the despicable crime that took place in Salisbury on 4 March. I welcome the charging of two Russian nationals – officers of the GRU – with the poisoning of Sergei and Yulia Skripal as a critical development in the case.

The reckless attempted assassination that took place endangered my constituents and the novichok deployed also resulted in the tragic death of Dawn Sturgess. The people of Salisbury and Amesbury will be pleased today that we are now a step closer to bringing those responsible to justice.

Many people have told me they have appreciated the Prime Minister’s strong leadership in response to the 4 March incident. From the very beginning of the investigation, the government has been clear that Russian culpability in the attack was proven from the use of a specific nerve agent that is only manufactured by the Russian Federation. Today’s identification of Alexander Petrov and Ruslan Boshirov as the main suspects is yet more evidence of the Kremlin’s fingerprints on this outrageous assault on our security.

Over the past few months, a web of false information has been spun, seeking to absolve the Russian government and muddy the waters of the investigation. But these attempts have not distracted the police from seeking the truth. The statement from the Prime Minister today compellingly links Russia to the 4 March attack, and thoroughly justifies the government’s firm response with sanctions. We must now do everything possible to ensure that the two individuals charged face justice.