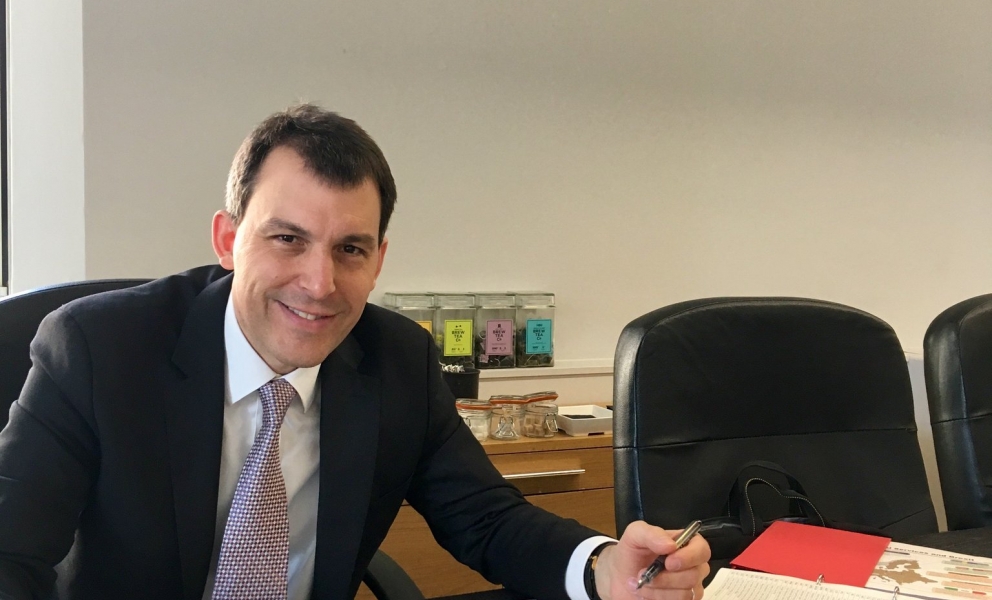 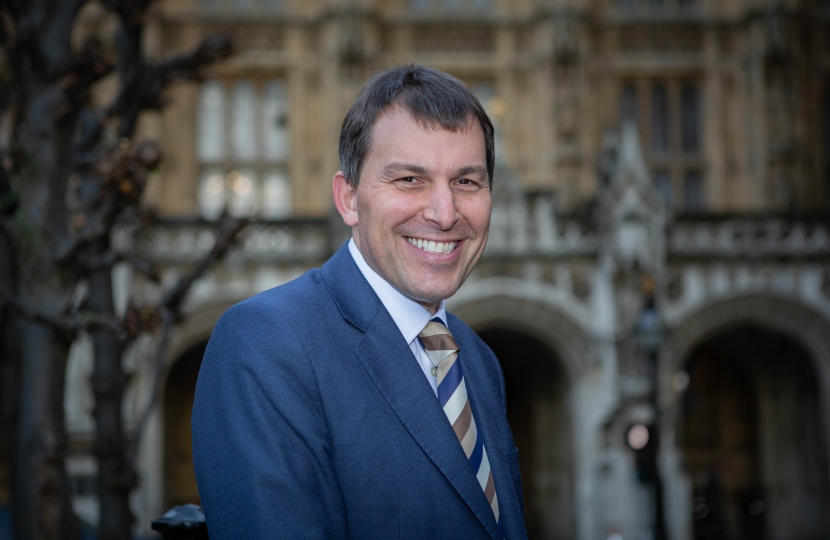 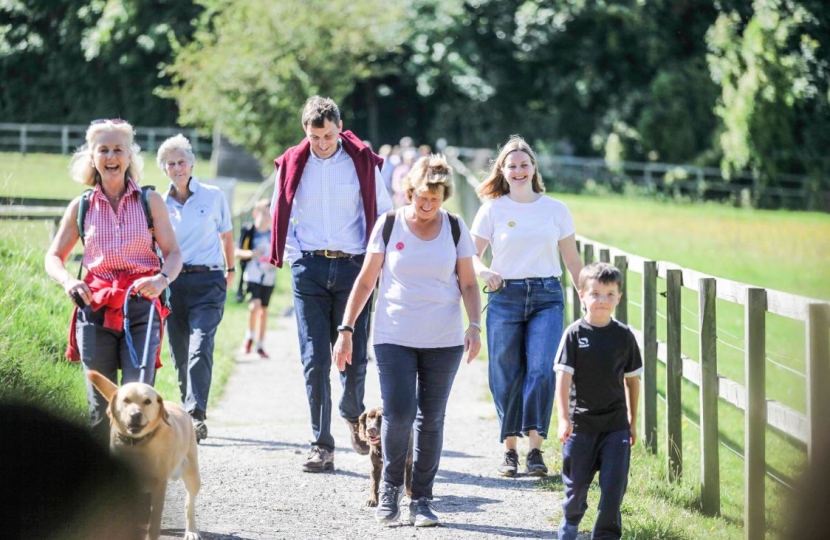 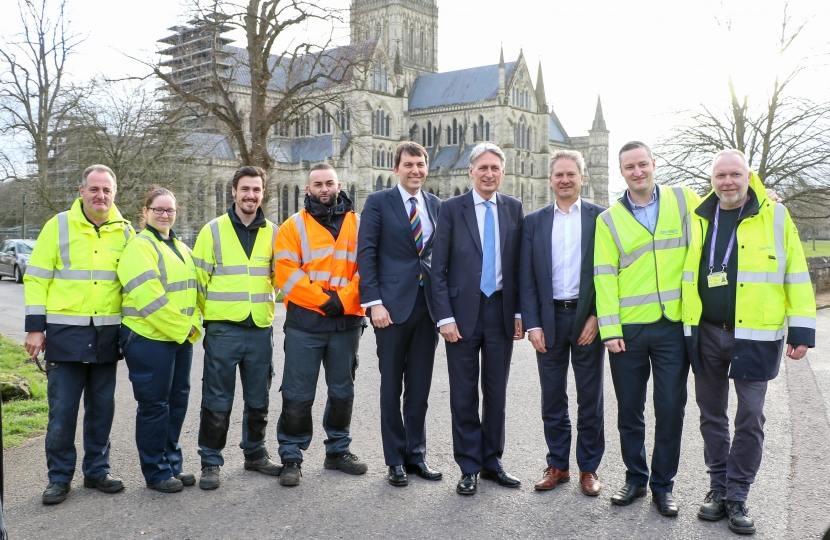 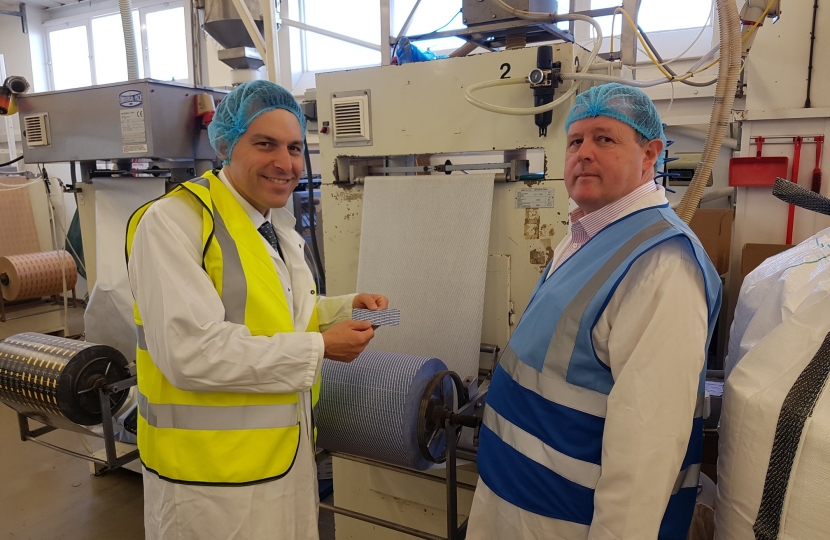 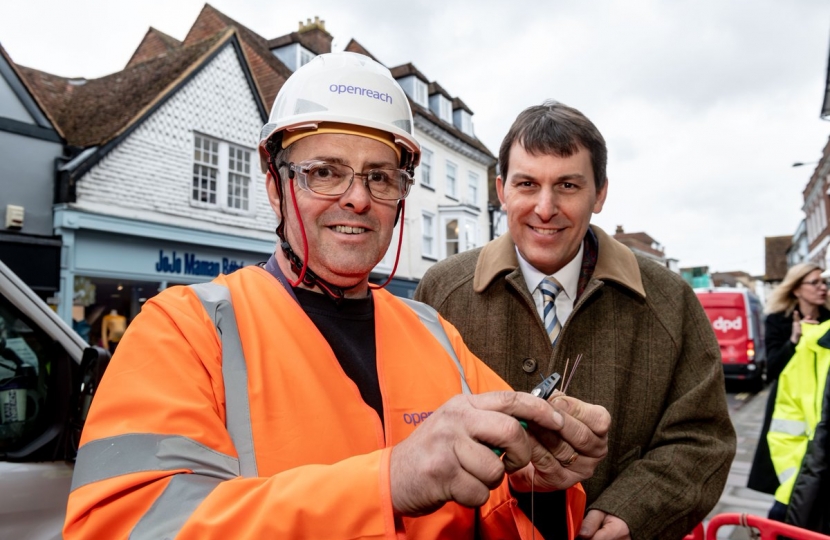 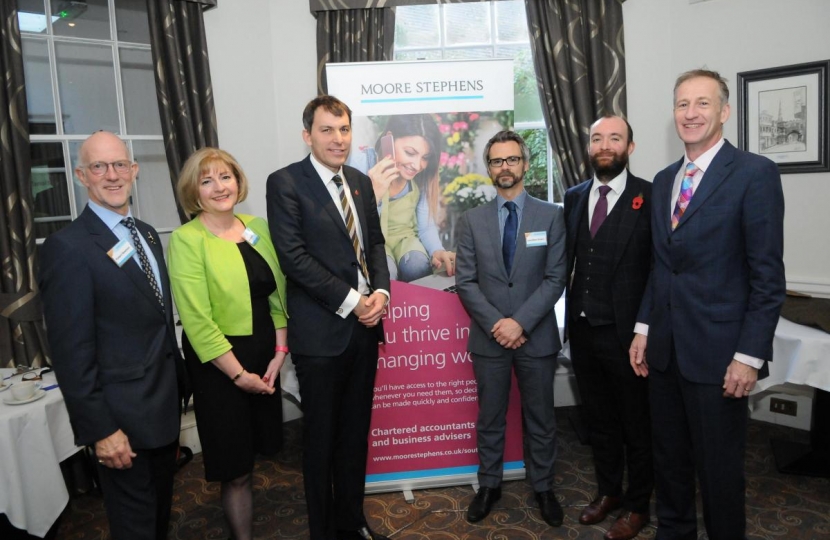 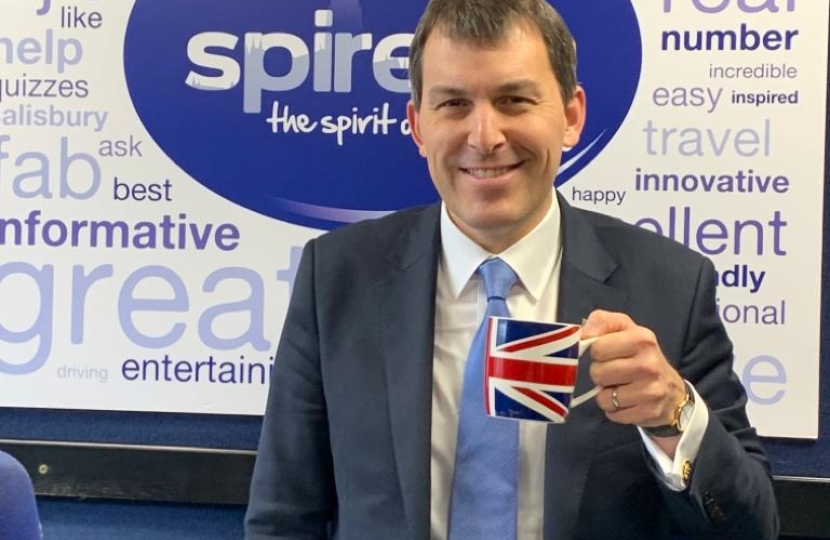 Promoted to Minister of State in the September 2021 reshuffle, John Glen has been Economic Secretary to the Treasury and City Minister since January 2018, and Member of Parliament for Salisbury and South Wiltshire since 2010. In his current position, John is responsible for government policy in banking and financial services.

John Glen was born in Bath in 1974 and was brought up into a small family horticultural business in rural Wiltshire. His mother and uncle were born in Salisbury and his grandfather and great-grandfather lived and worked in the city during the Blitz. John has two step children: William and Emily.

He attended King Edward’s School, Bath where he was Head Boy. He took a year out after his A Levels to work, and he studied Politics A Level in the evenings at Wiltshire College. He then won a place at Oxford University where he read Modern History.

After university, John worked for two government ministers in the last year of the Conservative administration (1996-97). This experience helped him to understand the hard work involved in being a Member of Parliament and the challenges of constituency work which he had extensive exposure to during his year as a parliamentary researcher. After campaigning in Middlesbrough South and East Cleveland for Michael (now Lord) Bates in the 1997 General Election, John joined the strategy practice of a large management consultancy firm.

Following three years in consulting, John worked an 8-month spell for William Hague MP’s team. John helped prepare William for Prime Minister’s Question Time and briefed the Shadow Cabinet for media appearances in his role as Head of the Political Section of the Conservative Research Department. After this secondment and standing for Parliament himself, as one of the youngest candidates, in Plymouth Devonport at the 2001 General Election, John wanted to gain further experience outside politics.

John gained an MBA from Cambridge University in 2003 and briefly returned to Accenture, before being asked in early 2004 to work as Deputy Director of the Conservative Research Department, looking after the day to day management of twenty researchers in the run up to the 2005 General Election. He then became Director of the Department and set up the secretariat for the Policy Review that was established after David Cameron became Leader.

Between 2006 and 2010, John returned to Accenture to manage the company’s relationship with the World Economic Forum. He attended the annual meeting in Davos in 2007, 2008 and 2009.

He was selected to fight the Salisbury seat at an Open Primary attended by over 450 people at Salisbury Playhouse on 31 January 2010.

John was a magistrate (JP) at Horseferry Road, Westminster from 2006 to 2012 and retains a strong interest in the law and justice. He has worked as a mentor to students at City University; he has been a Trustee of a National Youth Charity and a Governor of an inner city comprehensive school.

In his first term in Parliament, John spent two and a half years on the Defence Select Committee, scrutinising UK defence policy. Whilst on the committee, he paid particular attention to the Armed Forces Covenant and mental health - two issues he remains deeply interested in.  In September 2012, he was appointed the Parliamentary Private Secretary to the Rt Hon Eric Pickles MP, the Secretary of State for Communities and Local Government, and acted as the Minister’s ‘eyes and ears’ on the backbenches of Parliament. In 2014, he was appointed to the No. 10 Policy Board, with responsibility for home affairs and constitutional reform – a key issue in the wake of the Scottish Independence Referendum.

John was active in a number of All Party Parliamentary Groups: he chaired the APPG on Global Uncertainties and was Vice Chair of the high profile APPG on Hunger and Food Poverty. This resulted in the publication of a report at the end of 2014, and John continues to work on issues related to food poverty as a Trustee of Feeding Britain.

Also in 2014, he undertook a course with the Royal College of Defence Studies alongside serving officers to deepen his understanding of defence policy at a national and international level. He also simultaneously studied for a Masters degree in International Security and Strategy at King's College London, which he graduated from with distinction.

John was returned as the Member of Parliament for Salisbury in the 2015 General Election with a significantly increased majority. He was appointed Parliamentary Private Secretary to the Business Secretary, the Rt Hon Sajid Javid MP and served on the Work and Pensions Select Committee until September 2016.

Following the formation of Theresa May's Government in 2016, he was appointed Parliamentary Private Secretary to the Chancellor of the Exchequer, the Rt Hon Philip Hammond.

John was re-elected as Member of Parliament for Salisbury, winning the biggest vote share in 45 years.

Immediately following the election, John was appointed Minister for Arts, Heritage and Tourism in the Department for Digital, Culture, Media and Sport.

In the January 2018 reshuffle, Prime Minister Theresa May appointed John as the Economic Secretary to the Treasury and City Minister, where he has responsibility for banking and financial services policy.

John was re-elected as the MP for Salisbury with an increased majority on 13 December 2019.

On 2nd September 2021, John became the longest serving Economic Secretary to the Treasury since the creation of the post in 1947.

In the September 2021 reshuffle, John was promoted to a Minister of State.