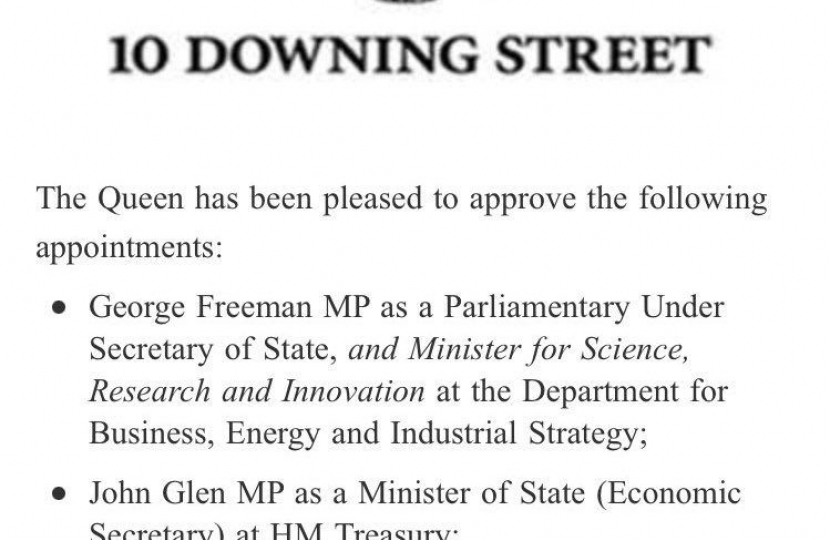 Occasionally, constituents profess disappointment that, as a minister, I am unable to speak from the backbenches in Commons debates.

When I explain that all ministers are bound by collective responsibility, some people erroneously leap to the conclusion that I can therefore do nothing for them.

Nothing could be further from the truth.

Collective responsibility has been a feature of our democracy since the 1700s and simply means that the government of the day must stand as one.

It is not unique to this time, to this government or to the Conservative party. It also applies to opposition front benchers, who must share responsibility for their parties’ policies.

Being a minister means that you cannot openly question the government because you are part of the government, but that doesn’t reduce your influence on behalf of your constituents – quite the opposite.

Instead of being able to ask set piece questions in Parliament under the gaze of the TV cameras, you

can talk to your ministerial colleagues behind the scenes as an equal, which doesn’t get as much media coverage, but is far more conducive to effective lobbying!

I am not so wrapped up in politics that I don't understand the attraction of a 'lone wolf' politician, who speaks out with impunity.

That approach gets headlines and can undoubtedly be temporarily cathartic for some people but, from experience, politics is a team game and going it alone is not how positive changes get made.

Ministers and their shadow counterparts may have to do their lobbying privately, rather than from the backbenches, but collective responsibility does serve a valuable purpose, which is why the principle has survived so many centuries of democracy.

It helps to ensure stable government and strong opposition, rather than a constantly splintering picture of single-issue alliances and power brokering between individuals.

Therefore, when I tell people that I cannot sign their petition or ask their question, but I will discuss it with colleagues – that is exactly what I do. It ensures that constituents’ views are heard directly in a two-way conversation – rather than through the theatricalised filter of a parliamentary debate or as one of dozens of names on a letter.

It is necessitated by the nature of our democracy – but, happily, it is also the very best and most effective way I can use my influence for the benefit of Salisbury and its citizens.

Numerous constituents have taken the time to accuse me, sometimes in pretty florid terms, of voting to pump raw sewage into rivers.

Of course, I did no such thing.