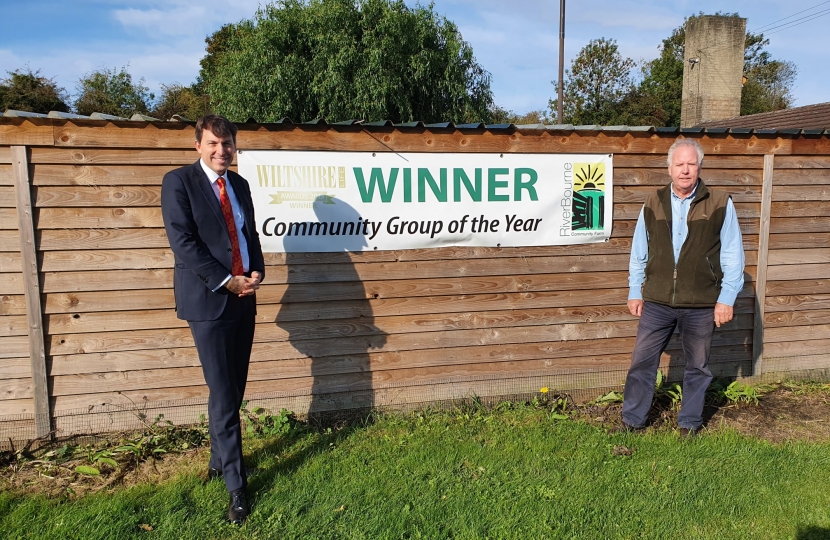 The first major tranche of the government's £1.57bn Culture Recovery Fund was announced today and I was delighted to see that four organisations in Salisbury and South Wiltshire were successful. I took the opportunity this morning for a whistle-stop tour!

First up was a visit to River Bourne Community Farm in Laverstock for an update on the amazing work they have been doing - led by Ben Parker - despite the challenging conditions of the pandemic. They have been awarded £35,000 from the Culture Recovery Fund.

It was then off to Old Sarum to see Wessex Archaeology to visit their offices where I got to watch some archaeology in action and hear more about their Museum of the Lost and Found initiative. They received £222,000 from the Culture Recovery Fund.

Staying in Old Sarum, Boscombe Down Aviation Collection were awarded £29,000 from the Culture Recovery Fund. And then it was back home to The Close where Salisbury Cathedral was the recipient of £245,000.

It has been a very challenging year for the heritage sector with visitor numbers well down on normal. So it's fantastic to see the government give its backing and over half a million pounds to some brilliant local organisations doing some fantastic work in a difficult period.

Our future prosperity depends on generating more high-value jobs in South Wiltshire. I am thrilled that Boscombe Down and Porton Down offer expanding opportunities in the aerospace and life sciences sectors.