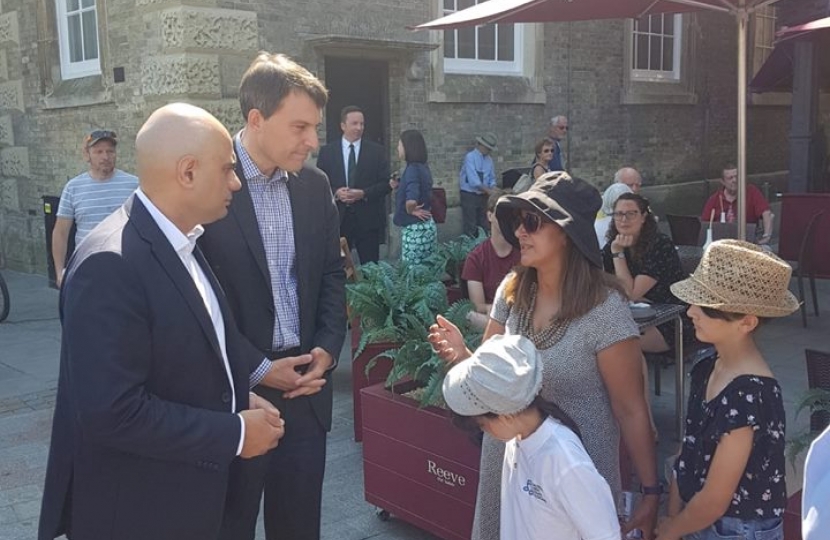 After watching yesterday’s deeply disappointing move by MPs to frustrate the implementation of the referendum result, it was good to be back in the House of Commons this afternoon to see the Chancellor of the Exchequer deliver the Spending Round announcement. It’s a real honour being part of Sajid Javid’s team and nice to watch today’s speech having been in the meetings in the Treasury where the Spending Round was decided.

When we came to power in 2010, we inherited an appalling economic landscape. Public spending had spiralled out of control under Gordon Brown and borrowing had mushroomed to over £150bn per annum. Over the past nine years under our stewardship, we have taken the tough decisions to get the budget under control and reduce the deficit to just over 1% of GDP. Reducing debt as a percentage of GDP is not a dry, academic exercise, but allows us to spend more on schools, hospitals and police.

Our hard work has paid off and we now have more flexibility to increase investment in our public services. Among the highlights announced today, the Home Office will receive a 6.3% increase in its resource budget – the largest increase for 15 years which will help us as we prioritise cutting crime. An extra £750m will be made available to recruit 20,000 new police officers.

But I am most pleased today with the funding increase for our schools. I have lobbied over many years for Wiltshire to receive more investment in our schools, which have historically been poorly funded in comparison to other parts of the country.

The education budget will now see a three-year funding settlement with an additional £2.6bn next year, increasing to £7.1bn per year in 2022-23 compared to 2019-20 levels. Next year, per pupil funding will rise to a minimum of £5,000 for secondary schools, and will rise to £4,000 for primary schools by 2021-22. £400m will also be invested in Further Education, boosting skills for young people in our economy.

Our future prosperity depends on generating more high-value jobs in South Wiltshire. I am thrilled that Boscombe Down and Porton Down offer expanding opportunities in the aerospace and life sciences sectors.